Topsoil and gravel delivered to you by Bray Topsoil & Gravel, a specialized aggregate hauler servicing the Kentucky, Ohio, and Indiana region. 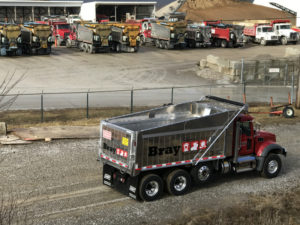 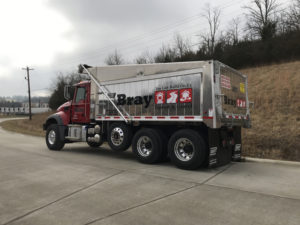 In 1973 two of Maurice Bray’s sons, Dallas and David, joined the business and purchased their first tri-axle truck which tripled their hauling power and made the company more efficient. Another son of Maurice, Roger, joined Bray Trucking in 1975 and by 1978 Bray had outgrown its facilities at the Brays’ home and a new facility was built along U.S. 27 in Southern Campbell County. In 1987, Bray again outgrew their facility and moved to a location 1 mile south of Alexandria. Bray moved to its current location in Alexandria in 1998 and employs about 50 employees to handle its sand, gravel, topsoil, and limestone operations.

Keys To Our Success

What People Are Saying…