The Structure, Types, and Function of Topsoil… 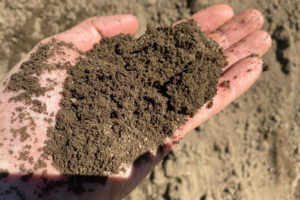 Soils harbor some of the most diverse microbes on Earth and are essential for both nutrient cycling and carbon storage. Topsoil is created naturally through a slow process of weathering rocks and decaying organic matter. It takes around 100 years for every inch to be formed. The majority of plants get most of their roots because of this organic matter. The topsoil layer is a mixture of sand, silt, clay, and broken-down organic matter, called humus. Humus is a rich, highly decomposed organic matter mostly made from dead plants, crunched-up leaves, dead insects, and twigs. Topsoil is the home of living things and the materials that they make or they change. It depends on the area where you live weather the topsoil is alkaline or acidic. A good quality of topsoil has a pH value of 5.5 and 7.5.

There are six main soil groups: clay, sandy, silty, peaty, chalky, and loamy. They each have their own unique properties.

Below, we will describe each type of topsoil to help you decide which type to use for your particular need.

Whatever your soil type, there are plants that will thrive and look absolutely gorgeous in your garden.

Topsoil is a good choice for filling up raised beds, repairing eroded spots, or filling in holes. When planting a new lawn or overseeding a patchy lawn, you can use a thin layer of topsoil to protect grass seeds as they sprout. One thing you shouldn’t use topsoil for is filling your containers. Mixing topsoil with existing soil helps to create a transition layer that helps to prevent drainage problems between the two soil types. Mix compost with topsoil to create your potting compost which is the tactic that many nurseries do because it combines the advantages of soil with the benefits of compost.

You may already have rich, natural topsoil ready for planting, but if you do not, all grades of topsoil are available in bags and in bulk from commercial suppliers.

The three grades of topsoil are premium, general purpose, and economy.

As an alternative to buying better topsoil, you can try to improve your existing topsoil by adding soil improvers and organic compost. Your soil, any soil, is made up of a combination of up to six components. In a perfect world, it has roughly equal parts of sand, silt and clay, plus air, water, and a small amount of organic matter (usually less than five percent, often much less.) But since you and I don’t live in that world, we likely don’t have perfect soil either. The good news is that conditions can be improved to make your soil more hospitable to the plants you want to grow there. Get a soil testing kit to see what type of soil you have. Once you know your soil type you will be able to add the proper nutrients to improve your particular soil. 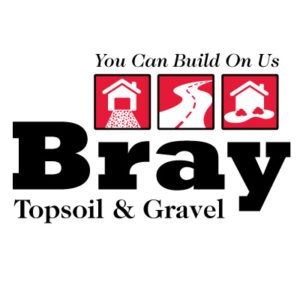 Topsoil and gravel delivered to you by Bray Trucking, a specialized aggregate hauler servicing the Kentucky, Ohio, and Indiana region.
>>Learn More